Eleven members of Cambuslang Harriers were originally selected to represent the Scottish Masters Team in the British and Irish Cross Country International at Aintree Race Course. Unfortunately due to injury M35 Iain MacCorquodale and M45 Stevie Wylie did not make the starting line. However the remaining 9 Cambuslang athletes made their presence felt in helping their respective age groups win medals.

Running in the W40 category Jacqueline Etherington although happier on the road and track was the 2nd Scottish counter in the bronze winning team. There was a double bonus for the M35 team when Stuart Gibson finished 2nd in that age group and with Colin Reilly an excellent 4th overall the Scottish team convincingly lifted the gold medals. 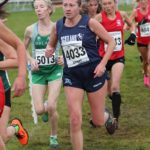 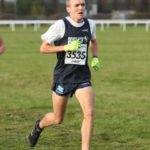 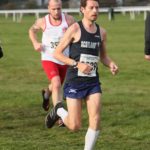 There was another double Cambuslang involvement when Kenny Campbell and Stuart McGeachy were part of the bronze medal winning team. Justin Carter was also in the M45 squad which was awarded bronze medals. 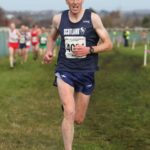 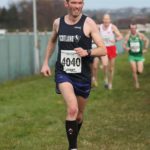 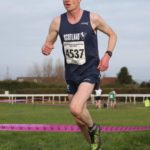 A resurgent Chris Upson led the Scottish M55 team to yet another set of bronze medals. Frank Hurley also played an important part in taking the M65 silver medals back to Scotland while the M75 team in which Davie Fairweather was a member enjoyed similar success. It was a great honour for the club and for our athletes to compete for Scotland and to contribute to one of the most successful ever Scottish performance in this international competition against the top masters runners from England, Wales, Northern Ireland and Ireland. Many thanks to Pete Bracegirdle for some excellent photos. 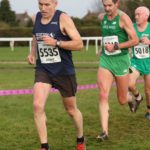 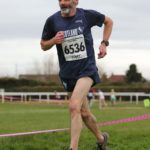 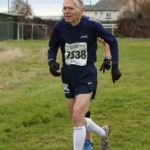 The main race at home on that weekend was the Jimmy Irvine Bella 10K in which Cambuslangâ€™s Alasdair Campbell was a clear winner. There was success too for Richard Cooper who was 3rd M40 and for Mark King who took the M50 prize. The club were also represented by Paula McCabe and Stephen Walker. 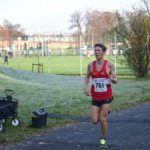 There was also victory for M45 Kerry-Liam Wilson in the Girvan Parkrun with M65 Peter Ogden setting a pb in 3rd position. Closer to home at Drumpellier Park M40 Robert Gilroy finished 3rd with Mick Oâ€™Hagan being the first M50 while club coach David Stirling set a pb. Finally at the Tollcross Parkrun Ritchie Carr and Iain McDonald crossed the line in first and second place with club coach Simon Gold well placed in his age group.