Members of Cambuslang Harriers travelled to Kirkcaldy to participate in the Scottish Short Course Cross Country Championships. The up and down muddy course was to be a test of stamina. There were races for the under 15 boys and girls, under 17 men and women, the under 20, senior and masters women and the same age groups for the men. Competition in all age groups was fierce and medals were hard to come by. However, M40 Ben Hukins managed to pick up the bronze medal in his age group in a gutsy late sprint to the line.

In the under 15 girls event Abbie McClue was first home for the club and with support from Eva Ritchie and Eilidh Kennedy they finished 11th team. Lewis Roddis was Cambuslangâ€™s only under 15 male and it was good to see him back in action after a lengthy period of injury. 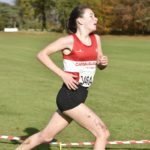 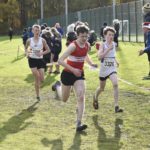 The under 17 ladies trio of Susie McLaughlin, Shona Carey and Peggy Nan Rodger secured 6th team position while their male counterparts were 8th courtesy of Jack MacKinnon, Zak Povey and Michael Black with Aaron Grew also on the comeback trail next. 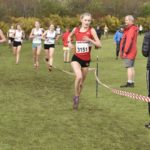 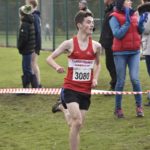 W50 Bernie Oâ€™Neil and under 20 Rachel Wardrobe performed well in their respective age groups. The attention now turned to the star studded menâ€™s race and all eyes were on Olympian athlete Andy Butchart. Andy did not have it all his own way as he was closely followed to the line by last yearâ€™s winner Sol Sweeney and English internationalist Carl Avery. Ryan Thomsonâ€™s superb 6th spot confirmed his recent excellent form and with good backing from Fraser Stewart 19th, Jamie Mackinnon 35th and Craig Jardine 41st they narrowly missed out on the team bronze medal by one point. Not far behind was Colin Reilly who will be competing for the Scottish masters M35 team in the forthcoming Masters International Cross Country at Liverpool. Hot on his heels were under 20 Ryan Donnelly, M40 bronze medallist Ben Hukins and vice captain Ritchie Carr. Next in line was a trio of under 20 runners Chris McLew, Andrew Carey and Kai Newell followed by a succession of master runners M55 Chris Upson, M40 Graeme Gallie, M60 and club president Des Dickson, M50 Dan Oâ€™Connell and M50 Iain Crawford. 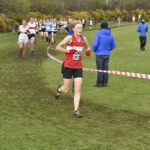 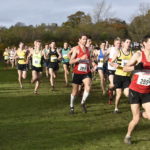 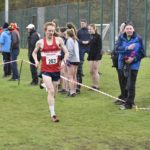 As usual the club was well supported by its coaches, officials and parent supporters.