Members of Cambuslang Harriers have been making their presence felt not only in Scotland but also in Australia at the World Masters Championships.


Kerry-Liam Wilson was the deserved winner of the Scottish Masters Athlete of the Year Award at the Scottish Athletics Awards Ceremony for his multi success on road, country and track at Scottish, UK and European level.   On the road he won Scottish M40 gold at 5K, 10 miles and at the half marathon, UK gold at 5K and European M45 silver in the half marathon.  He also secured M45 gold in the Scottish 3K indoors along with Scottish and UK M45 5K gold medals as well as setting M45 age group bests for 5 and 10K .  Kerry-Liam further demonstrated his versatility by winning the Scottish M45 Cross Country title.  In addition he was a vital team member in helping Cambuslang win all of last season’s M40 Scottish team titles on road and country and to achieve UK team silver in the UK O35 6 man road relay championships in Birmingham. 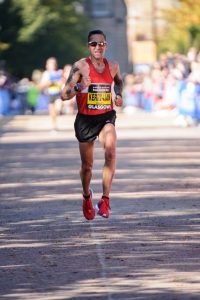 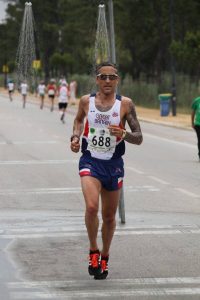 Cambuslang have been represented by Paul Thompson, Colin Feechan, Archie Jenkins and Lynne Marr at the World Masters Championships in Perth Australia.  Paul just missed out on a bronze medal in the M60 cross country event but his 4th spot led the UK team to bronze medal.  However, 2 days later Paul turned the table on the 3 athletes who had earlier beaten him to win M60 5K track gold in warm and windy conditions.  This was a truly incredible but deserved performance by Paul who on the day executed his race plan to perfection.  Colin in spite of long standing injury problems battled on gamely in the M55 cross country event to help the UK team achieve silver medals and a few days later in very warm conditions finished a creditable 8th in the 10K track event. 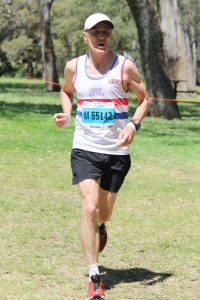 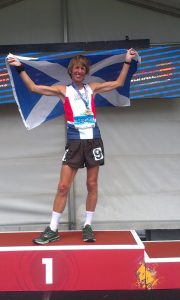