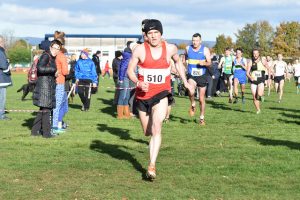 Again the club with 26 runners had the highest number of finishers among all the clubs competing in the men’s race and 14 of our members filled the first 91 places and were also under 14 minutes for the 4K course.  In addition to the club’s 4 silver medallists Alistair Campbell, Gavin Smith, Alasdair Campbell, Paul Morrison, Gordon Robertson, Ross Stephen, Bobby Bristow, Scott Sommerville and Matthew McKenna all broke the 14 minute barrier.  Justin Carter was 4 seconds over 14 minutes and was followed home in quick succession by Brendan Carey, Colin Reilly, Johnny MacNamarra, Brian Douglas, Alick Walkinshaw, Iain Nicholl, Des Dickson, Chris Upson, Scott Hunter, Mick O’Hagan and William Fairley. 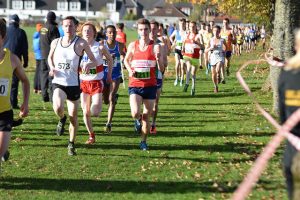 The club had 6 ladies competing in their event although U20 athlete Eve MacKinnon was running for Edinburgh University.  First club athlete home in 39th spot out of 187 finishers was Alex Lamond, followed by Eve, with Katie Bristow next in her first race after a long injury spell and then the trio of masters Jennifer Reid, Bernie O’Neil and Erica Christie.  Erica was delighted to be awarded the Scottish O60 Ladies Masters Title.  It was a great experience for all female competitors to be running against the 1500 metres Olympian and UK record holder who displayed her class to win the race by 40 seconds from her nearest rival. 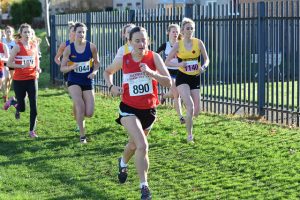 A number of under15 and 17 Cambuslang athletes contested the 2K event.  Christie Dalgleish, Carla Fay and Chloe Burton represented the U15 girls while Katie Moss and Ruth Kelly competed in the U17 race.  Under 15 runners Sean Friel, Arron Grew, Michael Black and Liam Angley took part along with their U17 team mates Ryan Stephen, Eamon Carr and Andrew Carey.  Ryan after a period of injury is gradually building up his fitness again. 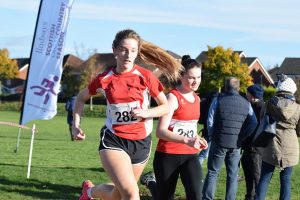 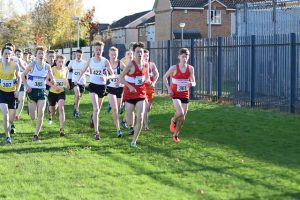