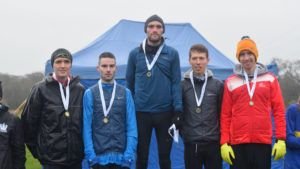 The first event of the day was the under 13 girls with Abbie McClue leading home Eva Ritchie, Lucy McGrandle and Morvern Crawford into 5th spot in the team race.  The under 13 boys trio of Sam McCarthy, Brodie McDonald and Hamish Gardiner finished in 8th position with back up coming from Gavin Kelly, Chris Black and Alex Petrie.  Niamh Riggins, Shona Carey and Eilidh Kennedy secured team bronze for the under 15 girls while the under 15 boys matched this performance thanks to Robbie Woods, Lewis Roddis and Zak Povey with Feargus MacGregor next home for Cambuslang.  In finishing 7th and 8th Robbie and Lewis have secured automatic selection to the West District Team for the forthcoming Scottish Inter District Championships in the New Year. 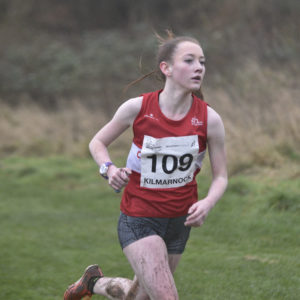 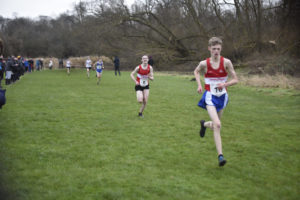 The under 17 and under 20 ladies ran together albeit the latter had extra distance to cover.  Susie McLaughlin finished 11th in the younger age group with Amy Craig 9th in the under 20 race.  Susie too should gain selection for the Inter District Competition. 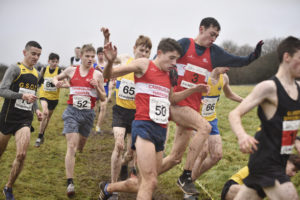 The same format applied to the under 17 and 20 men.  The under 17 trio of Christopher McClew, Ruairidh MacGregor and Michael Black finished a good second and all confirmed their place for the Inter District Event.  Kai Newall provided back up.  2nd placed under 20 Gavin Smith led Jamie MacKinnon and Drew Pollock to team silver with Andrew Carey in support. 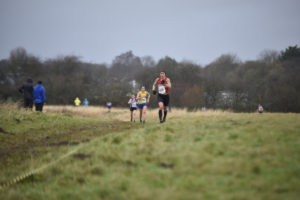 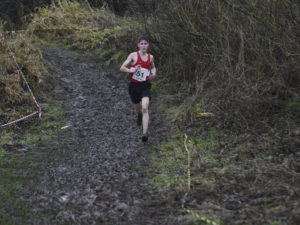 The senior and masters men lined up for the final event of the day with the weather rapidly deteriorating.  However, this did not deter the Cambuslang men.  Right from the gun it was clear that it would be a close encounter between Cambuslang and Shettleston Harriers for the top team spot.  This proved to be the case throughout.  Although Shettleston had their 6 counters home in the first 17 positions compared to Cambuslangâ€™s 6 in the top 18 Cambuslang prevailed by 9 points.  The clubâ€™s tight packing of Fraser Stewart 4th, Alasdair Campbell 5th, Kevan Harvey 6th, Ryan Thomson 8th, Stuart Gibson 16th and Ben Hukins 18th ensured the gold medals were going back to Cambuslang.  Fraser, Alasdair, Kevan and Ryan have booked their places for the senior district team with under 20 Gavin also being a contender. 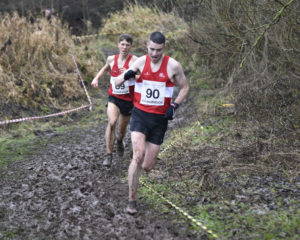 The harriers have an outstanding record in the senior competition having medalled on 41 occasions out of the last 44 years to win 25 gold, 12 silver and 4 bronze medals.  From the 1975 team which won the clubâ€™s first senior district medal Robert Anderson and David Cooney are still heavily involved with the club.  The mastersâ€™ team victory with Ben 2nd, Iain Reid 3rd and Justin Carter 7th was achieved more comfortably from Shettleston and Garscube Harriers. 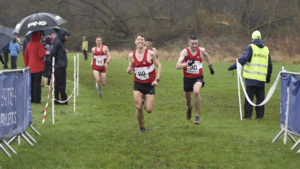 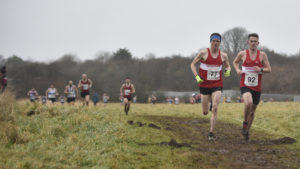 Well done to all our competitors today given the challenging weather and conditions.  Thanks are also due to the clubâ€™s back up team of coaches, officials, supporters and parents and also to the West District Organising Committee and to Kilmarnock Harriers.