Cambuslang Harriers made a rare but successful appearance as a team in the recent Scottish Hill Running Championships at Broughton and came away with team bronze medals thanks to hill specialists Alasdair Campbell, Iain MacCorquodale and Justin Carter. This was the clubâ€™s first ever national team medals on the hills. Icing was added to the cake when Justin was awarded the M40 Scottish title and our 4th runner Craig Jardine lifted the U23 bronze medal.

One week later attention turned to the Scottish Masters 10,000M Track Championships at Carluke and the club was rewarded with 3 gold medals. Stuart Gibson competing in his first Masters Championship as a M35 won his age category with multi Scottish medallist Stevie Wylie taking the M45 category and prolific racer and no stranger either to Scottish medals Chris Upson lifting M55 gold. 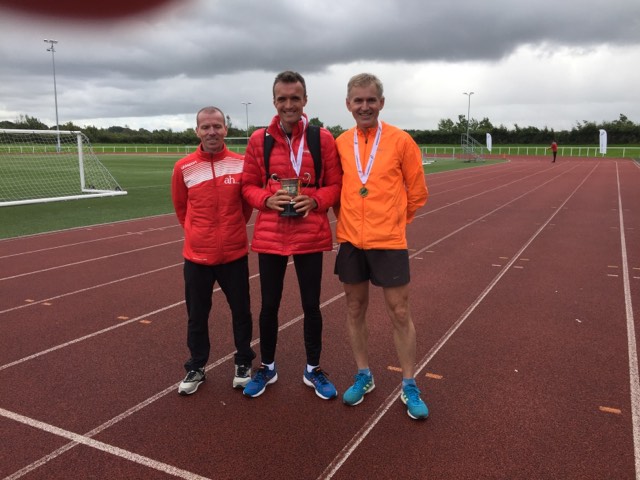 The following day both Alasdair and Justin led Richard Cooper and Chris Upson to team silver in the Scottish Trail Running Championships at Falkland Estate in Fife. Alasdair and Justin also medalled individually with Alasdair taking the senior bronze and Justin the M40 silver while under 20 Andrew Carey gained individual bronze in his age category. Both Richard and Chris were delighted with their team silver as this was Richardâ€™s first national medal and Chris had raced and medalled the previous day in the Scottish Masters 10,000M Track Champs. Willie MacRury eased himself back into competition after a long injury spell and coaches Simon Gold and Iain Crawford also completed the gruelling course. 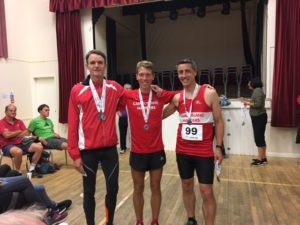 The under 15 girls and boys were also on the medal rostrum. The female trio of Abbie McClue, Eva Ritchie and Fiona Hay secured team gold with Eilidh Kennedy in support, while Fearghus MacGregor, Zack Haggerty and Brodie McDonald were in silver medal position. Under 17 athletes Susie McLaughlin, Shona Carey, Aaron Grew and Zak Povey participated in their age group event but unfortunately did not field a 3rd runner to finish a team. 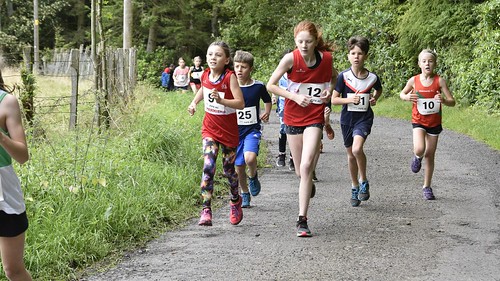 There were also development races for under 11 and under 13 girls and boys. Emma Ritchie and Katherine McNicol performed well in 4th and 5th place in the under 11 event with under 13 boys Sam Mâ€™Carthy 7th, Dylan Stephani 11th and under 13 girls Lucy McGrandle 7th and Olivia McNicol 8th. All our young athletes gained valuable experience which will stand them in good stead. A special thanks is due to our coaches and parents who gave support on the day. 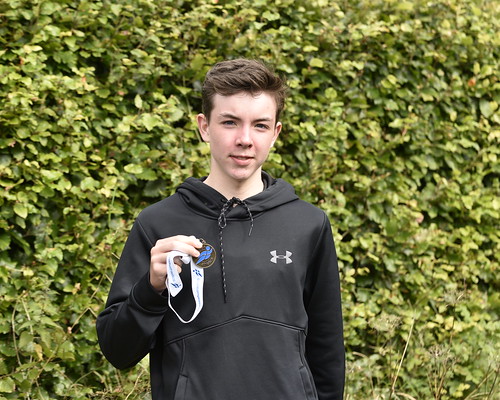 On the same day Cambuslang and Rutherglenâ€™s Sportswoman of the Year, Kirsty Oâ€™Brien in spite of carrying an injury, won double bronze medals in the Scottish Standard Distance Triathlon National Championship. Grant Sheldon has been making a successful comeback in recent weeks after a lengthy injury. He finished 3rd in the Scottish 5,000M Track Champs and followed this up with a podium bronze placing while competing for Great Britain in an ITU World Triathlon event in the Czech Republic.