CAMBUSLANG HARRIERS AT HOME AND ABROAD

Members of Cambuslang Harriers took part in a Covid19 planned 3k Cross Country training event having carefully risk assessed this in light of current National guidance in Tollcross Park while Moira Stewart represented the Czech Republic in the World Half Marathon Road Championships in Poland. 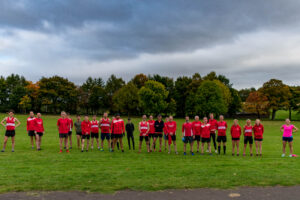 The necessary health and safety precautions, such as athletes registering their details in advance, having their temperature taken just prior to the run and being set off in 5 waves of small groups at 30 second intervals, were put in place by Des Dickson, Dave Thom, Ritchie Carr, Fiona Pollock and Mike Johnston. 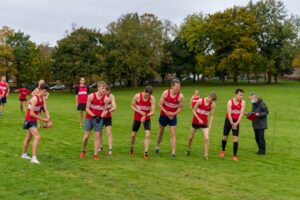 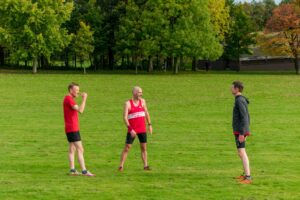 All participants enjoyed the opportunity to meet up with fellow members many of who had not seen one another for some time and to participate in a club run in a controlled environment. The efforts of the organising group were greatly appreciated by all.

On the same day in Poland Cambuslang member Moira Stewart lined up with 103 other elite female athletes to contest the World Half Marathon Championship. Moira had just recently made her debut at this distance when finishing first, in a time of 72 minutes and 48 seconds, as a guest in the Slovakian Championship, thus gaining a qualification time for the world event. She then completed her preparation for the World Half Marathon by winning the Czech 10K road title in a time of 33 minutes and 49 seconds. Moiraâ€™s preparation worked very well for her as she sliced 1 minute and 40 seconds off her pb to cross the line in a time of 71.08 to take 34th place overall and 12 European athlete ahead of all the GB and Irish athletes. Moira now moves up to 3rd spot in the Scottish Womenâ€™s rankings for 2020 and only 24 men have bettered her time.