Cambuslang Harriers at Home and Abroad

The weekend of 26th and 27th October was a busy one for members of Cambuslang Harriers who were competing at Cumbernauld, Leeds and Frankfurt in Germany.

In the Scottish Masters XC Relay the O40 quartet of Stuart McGeachy, Stevie Wylie, Robert Gilroy and Jamie Reid and M50 trio of Chris Upson, Mick Oâ€™Hagan and Colin Donnelly secured worthy team silver medals.  It was pleasing to have Robert compete in his first national competition for almost 2 years due to a prolonged injury.  The senior men A squad of Stuart Gibson, Craig Jardine, Iain MacCorquodale and Fraser Stewart put in a very creditable performance to finish 5th.  The clubâ€™s B team of Ryan Donnelly, Jamie Mackinnon, Chris McLew and Colin Reilly were the 2nd B team across the line in 15th place while our C and D teams were 24th and 61st respectively. The ladies quartet of Alex Lamond, Carole Setchell, Lynn Angley and Rachel Wardrope achieved 41st place. 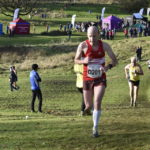 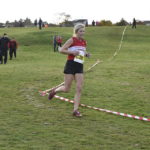 In the young athletes race each club ran in order an U13, U15 and U17 year old.  The girls A team of Lucy McGrandle, Abbie McClue and Susie McLaughlin finished in 21st spot with the B trio of Olivia McNicol, Eva Ritchie and Shona Carey not too far behind in 31st place with the C team 60th.  Their male counterpart A team of Sam McCarthy, Fergus MacGregor and Brodie Aitken secured 23rd position closely followed by the B trio of Reece Duncan, Lewis Roddis and Jack MacKinnon.  The C and D teams were 43rd and 66th. 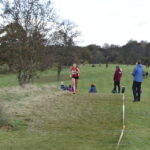 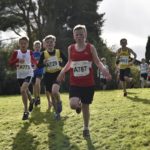 On the following day at the Leeds 10K Ryan Thomson ran the race of his life to smash his road pb by almost 2 minutes in recording the fast time of 29.13 and putting him 5th in this yearâ€™s Scottish rankings which includes Olympians Andrew Butchart and Callum Hawkins.

Meanwhile in the Frankfurt Marathon our 2 M40 masters Iain Reid and Kenny Campbell set pbâ€™s when clocking the highly respectable times of 2.29.23 and 2.29.49 while Kennyâ€™s wife Jennifer recorded her second fastest time of 3.15.28.

One response to “Cambuslang Harriers at Home and Abroad”