There were medals galore for RHC Vets at the Scottish Masters XC championships at Hawick on Saturday 1st February 2014, but team gold eluded them for the 1st time since 2007, a quite remarkable winning streak.

These championships are the annual target race for the elite Scottish Masters athletes, and it also attracts a number of Anglo Scots hoping to claim a medal, as individual age-groups are competed for within 5-year age groups, starting with the over 40’s. The Scottish Veterans Harriers Club also use this race as a guideline for selection for the annual British & Irish XC International race later in the year, thus the competition was once again very fierce throughout all age groups.

Despite 3 injury call offs within 48 hours of the event RHC were represented by 11 athletes at the exposed Hawick course, with Kerry-Liam Wilson, Dave Thom, and Frank Hurley hoping to defend their hard earned M40, M50 and M60 Scottish titles won at Forres last year.

The 1st race of the day saw Robert Anderson compete in the M65 category over a 2-lap 6k course. The attire worn by the women and over 65 men was a sure indication that conditions were extreme, to say the least, over this challenging course. The driving wind and severe wind chill were causing problems for many. Robert was hoping to improve upon his 4th place from last year, but was still in that position with only ½ mile from the finish, with ex-Scottish internationalist Colin Youngson of Forres AC looking to have opened up an uncatchable gap.  With encouragement from team members, Robert picked up the pace and steadily closed the gap, but it wasn’t until the final 50 metres that he finally moved in to the bronze medal position, to secure his first individual age group medal. 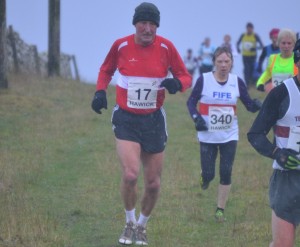 Robert Anderson on his way to M65 bronze.

The 2nd race was a 2-lap 8k course for the M40-M60 age groups, and the weather appeared to worsen with driving sleet adding to the challenging conditions. Indeed one athlete from another club required medical help before the race.

Kerry-Liam was aiming to secure the overall title for the 3rd time in 5 years, and his 4th M40 age group title in a row. He took the lead from the gun, and led the field through the worsening conditions into the head-on wind and sleet. As Kerry-Liam upped the pace, only Bill Richardson of Irvine AC could keep in touch, with Keith Hood & Gordon Clarke of Corstorphine AC battling it out for the bronze. Whilst Kerry-Liam had opened up an early gap, at one stage on the 2nd lap Billy caught up with Kerry-Liam before Kerry-Liam forged ahead once again. Kerry-Liam had taken a heavy fall as he hit a muddy part of the course at the start of the 2nd lap but recovered enough to stay ahead, and eventually finished only 8 seconds ahead of his impressive Irvine rival, who also took a tumble near the end. Keith Hood secured the bronze in 3rd place. In many ways this was Kerry-Liam’s most impressive performance at these championships, and his efforts and the effects of the weather were evident post race. 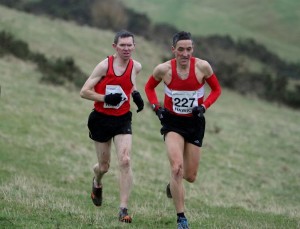 Kerry-Liam and Billy battle it out at Hawick 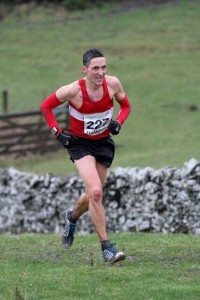 Kerry-Liam after making a decisive break.

Meanwhile Kenny MacPherson was cutting through the field with a great 2nd lap, and he secured his first individual medal as he finished in 16th place and 3rd M45 overall, coming in as 2nd counter for the club. Next home and 1st M55 was Colin Feechan in 23rd place, and Scott Hunter was our final counter in 40th place, only 2 places ahead of the fast finishing Mick O’Hagan. Frank Hurley had his usual titantic battle with rival and friend Andy McLinden of Hamilton Harriers for the M60’s title, with Frank retaining his gold medal and Andy easily securing the silver. Next over the line were Paul Thompson, Dave Thom and Alick Walkinshaw but none of them were pleased with their runs as they succumbed somewhat to the conditions, but whilst others (including internationalists) stepped off the course our guys persevered to finish. Many runners described this as the worst race conditions they had encountered, “brutal” and “unforgiving” were some of the kinder comments heard.

Unfortunately due to a mix up in the start times printed on the course map, and mistakenly confirmed on the course by one of the stewards, one of our leading athletes missed the start and did not compete. However, this hiccup should not detract from the magnificent job completed by the stewards on the day, and of the work completed by Alex Jackson and his team once again in organising the event, through to production of the results, a great asset to Scottish Athletics. 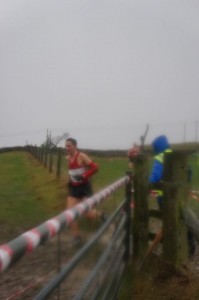 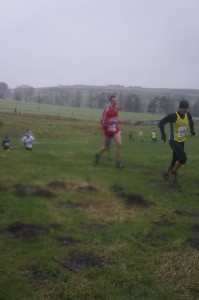 Kenny MacPherson on his way to M45 bronze 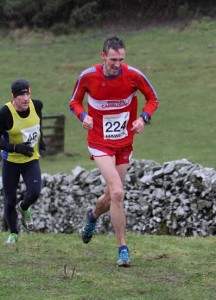 Kenny Mac storming through the field. 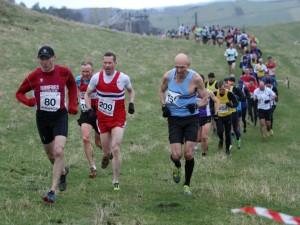 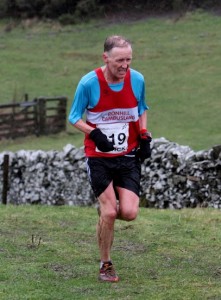 Colin on his way to the M55 gold despite feeling the conditions. 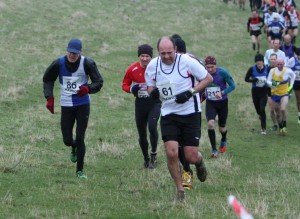 Scott mixing it on the 1st lap. 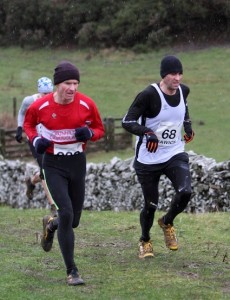 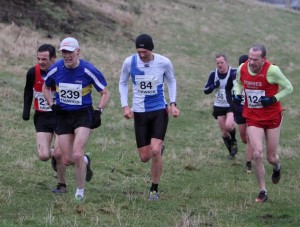 Frank opening up a gap as leading M60 on the 1st lap. 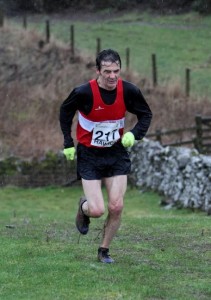 Frank Hurley well on his way to retaining his M60 gold. 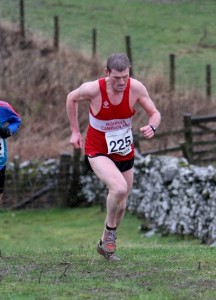 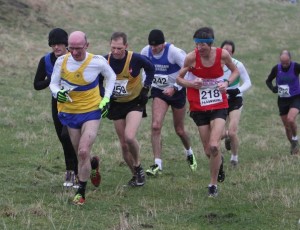 Paul mixing it on the 1st lap. 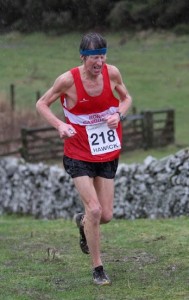 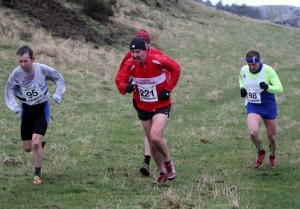 Dave digging in on the 1st lap. 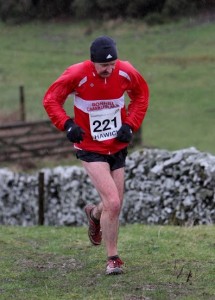 Dave on the 2nd lap. 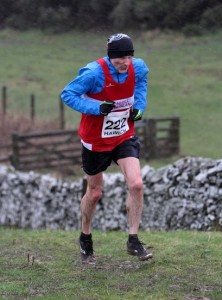 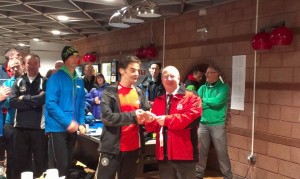 Frank receiving his gold medal for winning the M60 title. 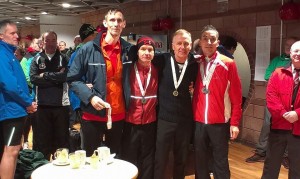