INDIVIDUAL AND TEAM SUCCESSES FOR THE CAMBUSLANG HARRIERS MASTERS AT DUNDEE

Cambuslang Harriers successfully retained their M40 and M50 team titles at Dundee on 28th January.  The odds for the M40s holding onto their team title were not favourable with the first 3 runners in last year’s championship, Kenny Campbell, Kerry-Liam Wilson and Jamie Reid unavailable due to injury and in the case of Kerry-Liam an accident sustained at work a few days previously.  In addition, 2016 4th counter Greg Hastie was also ruled out. 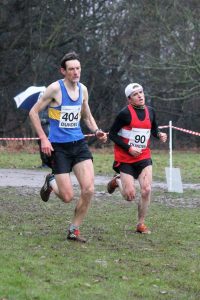 However, determined running and excellent team spirit saw Robert Gilroy 2nd, Frank McGowan 14th, Justin Carter 21st and M55 Colin Donnelly 23rd pip Corstorphine on count back.  Both teams tied on 60 points but our last counter had finished ahead of their last counter.  It was fitting that Frank for getting back into shape after a debilitating injury and Justin for his recent consistent performances should share in this team triumph.  Our 5th finisher M50 Stan MacKenzie played his part too in the M40 team victory by also finishing ahead of their last counter.  While not being a counter for the M40 team Stan had the satisfaction of leading the M50 team to a decisive victory with strong support from M60 Eddie Stewart and fellow M50 Chris Upson. 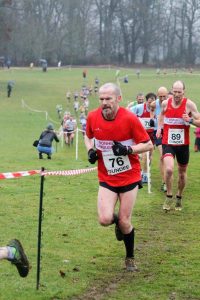 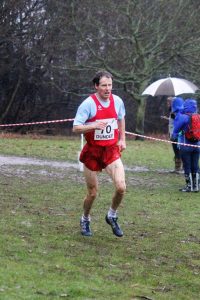 These 2 team victories continued Cambuslang’s long run of team success in this competition.  The over 40s have amassed 17 gold, 7 silver and 3 bronze over the last 30 years while the over 50s have won that age category on 6 out of 7 possible occasions since its inception. 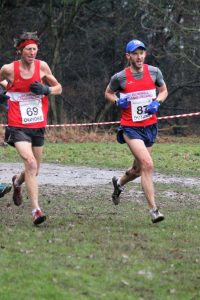 Cambuslang were also rewarded with a number of individual medals across the age groups.  Robert was just pipped for the M40 gold in the sprint to the line by new master Jethro Lennox of Shettleston.  Stan won M50 bronze and Colin D M55 gold having previously won titles in the M40/45/50 age groups.  It was encouraging to see Colin continue his comeback after a persistent knee problem.  Eddie actually went one better than Colin in lifting the M60 title to add to his earlier wins across the 40/45/50/55 age groups.  His journey from Prague was therefore worthwhile.  When at his peak and a Scottish internationalist Eddie was always a light trainer averaging only 30 miles a week.  Nowadays he only runs 3 days a week but he reckons his active job as a gardener supplements his training. 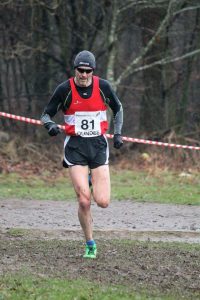 Paul Thompson and Frank Hurley were worthy silver and bronze medallists in the M60 category. 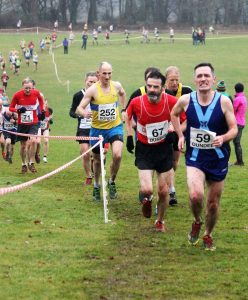 The club fielded a ladies team in this event for the first time and Jennifer Reid, Bernie O’Neil and Claire Mennie finished a very creditable 5th in the team event.  Alongside the ladies M65 runners Peter Ogden and Iain Burke gave good accounts of themselves. 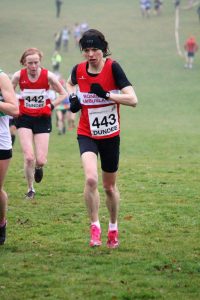 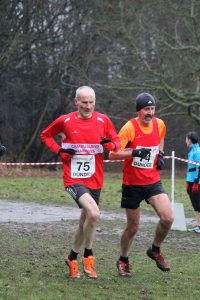 Colin F deserves thanks for combining the double role of team manager and competitor which is not an easy task when you have 24 runners taking part.  The assistance Kenny gave to Colin was also appreciated.  It was however unfortunate, that Kenny could only watch from the sidelines and not have the chance to defend his M40 title. 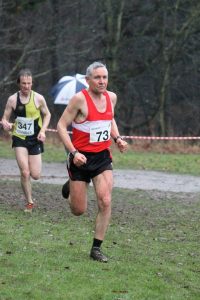