The Scottish Half Marathon Championships which was incorporated into the Great Scottish Run on Sunday 1st October was a medal rewarding day for the club and its athletes.  Cambuslang took team silver thanks to the sterling efforts of the O40 masters trio of Robert Gilroy, Kerry-Liam Wilson and club captain Iain Reid.  There was a further bonus for Robert and Kerry-Liam when they were awarded gold and bronze for the O40 men category.  Jennifer Reid made sure that the ladies were not overlooked by capturing the 040 ladies bronze medal with a personal best time thus adding spice to her achievement.  Among the 14 finishers from the club Colin Reilly, Justin Carter and John Paul Murphy also set pbs. On the same day but in a different half marathon at Carlisle Alasdair Campbell took 5 minutes off his pb to finish second. 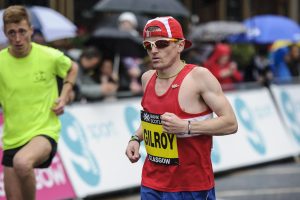 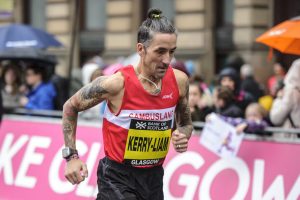 A 10K race was held in conjunction with the Glasgow Half Marathon and Stuart Gibson had a brilliant run to come home first with Doug Roberts on his debut crossing the line in third place.   However, due to a registration mix up he was disqualified.  While this was unfortunate for Doug he has put down a marker for the upcoming cross country season.  David Savage in fourth spot was agonisingly 1 second off his pb and just short of breaking the 33.00 minute barrier while 10th placed Bobby Bristow returned to open competitive racing.   Over 60 runner Frankie Barton recorded an excellent time of 38.16 and under 17 Andrew Carey in his first 10K dipped under 40 minutes.  Like her brother Bobby Katie Bristow continued her come back from injury to finish 9th lady. 15 Cambuslang Harriers completed the course. However, a number of our members not competing were out on the course to cheer on our runners and their support was greatly appreciated by our athletes. Indeed top ranked UK O60 ladies marathon runner Erica Christie was seen all over the course offering encouragement. 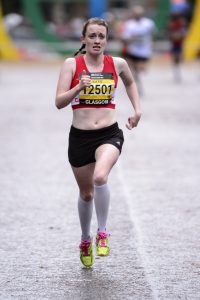 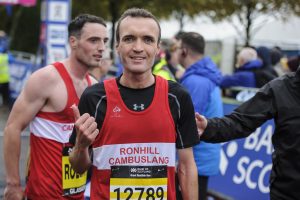 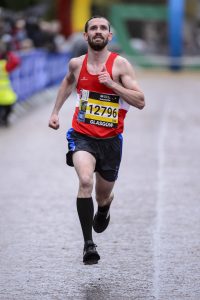 On Wednesday 4th October a number of the club’s younger athletes competed for Cathkin High School in the Scottish Schools Secondary Road Championships.  Pride of place went to Drew Pollock who continued his rich vein of form to win gold in the 5/6th year boys’ category.  The S1 girls excelled themselves to take team bronze thanks to the combined efforts of Eva Ritchie, Abbie McClue, Eilidh Kennedy and Morvern Crawford.  S1 Boy Fearghus MacGregor and S2 Girl Millie Nicholl were well placed in their respective events. 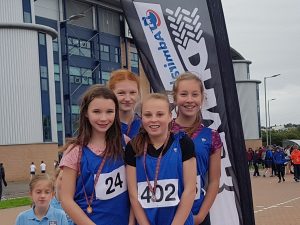