Members of Cambuslang Harriers recently participated in two actual events and in one virtual event.  All events followed current Scottish Government and Scottish Athleticsâ€™ guidelines.  Entry to the 2 actual events were limited to 30 elite male and female athletes for whom separate races were held.  The Cambuslang trio of Ryan Thomson, Gavin Smith and Jamie MacKinnon lined up for the Run and Become Sri Chinmoy 5K Road Race.  In a star-studded field all 3 acquitted themselves well with Ryan clocking 14.32, Gavin 14.39 and Jamie 14.59.  The following week both Gavin and Jamie competed in the Scottish Cross Country 3K Short Course and in a close finish Gavin (8.32) pipped Jamie by one second.  The trio can be pleased with their efforts given their excellent times and their lengthy absence from competitive running. 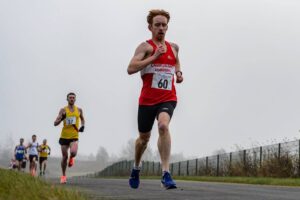 Other members of the harriers were given the opportunity to take part in the Lindsays Scottish Athletics Road Challenge, an event open to all age groups from under 11 athletes to masters with distances ranging from 1.5K for the two youngest groups to 3K, 5K or 10K for older runners.   24 of our athletes opted into the challenge with the 3K being the most popular distance chosen.  All distances covered by athletes were to go towards the total distance run by each club.  Our 2 under 13 girls Olivia McNicol and Emma Ritchie recorded 6.02 and 6.30 for the 1.5K distance.  Under 20 Aaron Grew in the impressive time of 9.08 was the fastest club athlete over 3K as well as being the 3rd fastest overall from 151 entrants.  Fellow under 17 runners Zak Povey (9.45) and Fearghus MacGregor (10.01) were next quickest with under 15 Jonathan Dow (10.33) beating under 17 and under 15 club mates Lewis Roddis and Finlay Robb who shared the time of 10.56.  Under 17 Shona Carey (11.01) was the fastest female 14 seconds ahead of Susie McLaughlin with fellow under 15 boys Zack Haggerty and Gavin Kelly close in 11.16 and 11.17.  Abbie McClue (11.21) emerged as the fastest under 15 female runner with fellow under 15 Eva Ritchie only 8 seconds adrift.  Susieâ€™s dad Jim finished overall 2nd M55 in a time of 11.53.  Under 17 lady Eilidh Kennedy (12.52) and under 15 athletes Lucy McGrandle (13.20) and Jonathan Oâ€™Kane (13.56) completed the Cambuslang scoring. 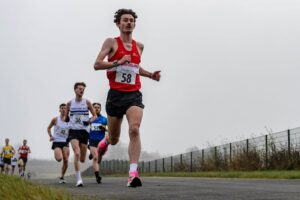 Mike Christoforouâ€™s clocking of 15.46, which was 10th quickest overall, was a good indication that he is gradually working his way back to full training and fitness after a lengthy injury.  Under 20 Jack Mackinnon in his first season in this age group gave a good account of himself to record the promising time of 16.24 with his age group companion Keir Crawford on 18 minutes and 12 seconds.  M55 David Marshall had the satisfaction of recording the fastest time in his age group with his 19.08 stint. 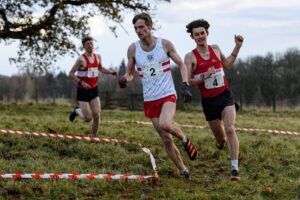 Only two Cambuslang athletes signed on for the 10K and delivered the goods.  Under 20 Andrew Careyâ€™s solo time trial of 32.50 minutes took an impressive 40 seconds off his previously recorded race time which not surprisingly gave him third fastest overall time.  W45 Jennifer Campbellâ€™s recent consistent training during lockdown paid off for her as her time of 45.58 was the 2nd best overall in her age group.

Cambuslang did very well in the combined distance covered results to finish 4th club out of 72 involved teams.  Well done to all our athletes who took part and a big thanks to our coaches who helped to supervise the participating younger athletes and who have kept them motivated during lockdown and also to the clubâ€™s Covid 19 group which has put a lot of time and effort into ensuring that the changing government regulations are adhered to in keeping our members safe.