Cambuslang Harriers At Home And Abroad

Cambuslang Harriers had a good representation at the Scottish Masters Cross Country Trial for the forthcoming British and Irish Masters Cross Country International.   The trial was held over an undulating course in Tollcross Park and athletes were competing for Scottish selection in 5 year age group bandings from the ages of 35 to 75.  Athlete selection for the various Scottish age group teams is based partly on performance in the trial race and also on results in other recent events.

A number of Cambuslang athletes looked to have gained automatic selection by finishing in the first 2 places of their age group.  In the men’s competition M35 runners Stuart Gibson and Iain MacCorquodale finished comfortably in first and second place, Kenny Campbell took the 2nd M40 spot, Stevie Wylie and Justin Carter filled the first 2 M45 positions and Chris Upson headed the M55 runners.  Others such as M65 Frank Hurley and M75 David Fairweather who occupied 3rd place in their respective age groups will have to wait for confirmation of their selection or not.  Dave Thom, Peter Ogden and Billy Mitchell also gave a good account of themselves in the M55, M65 and M70 categories. 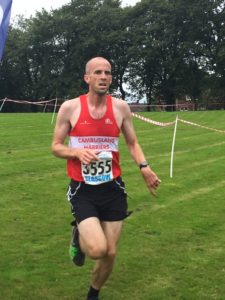 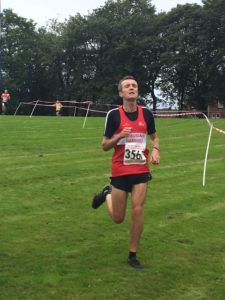 The club’s attention switched the following weekend to the “Hamilten” 10K.  Kevan Harvey forced the pace from the gun to stretch out his rivals and was rewarded with a pb when he crossed the line first in the good time of 31 minutes and 56 seconds.  Next home for Cambuslang in 4th place was Robert Gilroy who took the M40 prize.  It was great to see the enthusiastic and bubbly Robert taking part in his first competitive race after a prolonged period of injury.  The unfortunate Richard Carr officially finished 7th but had actually been in 4th position when he lost ground due to a stewarding misdirection.  David Marshall, another Cambuslang athlete making a comeback after an even longer injury spell, ran strongly to take 19th place and to secure the 3rd M50 prize.  Newly elected club president Des Dickson also made the podium as 2nd M60 behind the redoubtable Andy McLinden of Hamilton Harriers.  Dan O’Connell and Gary Miller were involved in a close tussle with Dan prevailing by 3 seconds.  M50 Jim McLaughlin also produced a solid run. 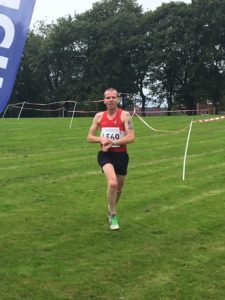 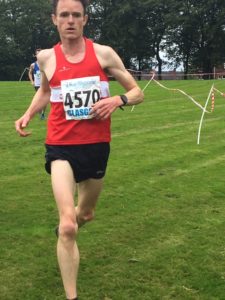 There was a parkrun victory and age group course record for M55 Chris Upson in Halifax, Nova Scotia, while Alick Walkinshaw also secured a win in the Lanark parkrun.  Mick O’Hagan and Justin Carter were both 3rd at the Drumpellier and Tollcross parkruns with Iain McDonald just behind Justin.

Cambuslang Harriers 10K Scottish Road Champion, Grant Sheldon, was competing for Great Britain in the ITU Triathlon World Cup Race in China where he excelled again to take the bronze medal.  Grant is now making up for a slow start to his triathlon season due to injury.