Cambuslang Harriers annual road races attracted an excellent turn out with the 10K event in particular attracting a record entry of 350 runners.  The continued generous sponsorship for the 10K race provided by the Glasgow running shop Achilles Heel and local Hygiene Services Company Macdet is greatly appreciated by the club as is the 3K sponsorship from club member Barnie Gough of BG Fencing. 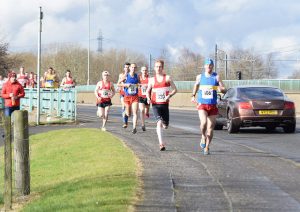 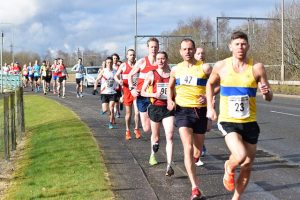 The 10K race saw an initial competitive tussle between the Cambuslang duo of Ryan Thomson and defending champion Robert Gilroy and the Shettleston pair of Paul Sorrie and Daniel Bradford.  However, the two Cambuslang runners opened up a decisive gap over their local rivals in spite of a heavy fall by Ryan.  The outcome of the race was only decided in the uphill sprint to the finishing line with Ryan holding off Robert to claim victory by 3 seconds in a time off 31 minutes and 37 seconds.  The Shettleston runners held 3rd and 4th places before a quintet of the home club runners crossed the line in quick succession – Ben Hukins, Iain Reid, Gordon Robertson, Colin Reilly and Ritchie Carr.  Ben sealed the men's team race for Cambuslang while Colin and Ritchie smashed their previous best times.  There was further success for the club with Jack MacGregor picking up the first under 20 award while over 40 masters Brian Douglas and Johnny Macnamara were third and fourth in that age group with Alick Walkinshaw second M50.  The ladies played their part too with Bernie O'Neil and Erica Christie being first in the over 40 and 60 female categories.   Lesley McArdle was the 3rd counter for the ladies team who finished 3rd behind convincing winners Dumbarton AC and Fife club PH Racing club who provided the leading lady Karen Kennedy.  Both Karen and Ryan were awarded the Jimmy Sands Memorial Shield for their respective victories.   The club was well represented with 24 male finishers and 6 female finishers. 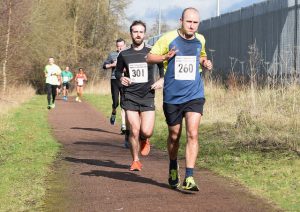 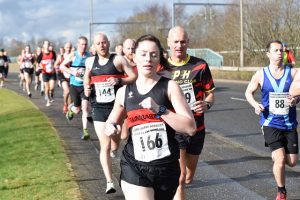 Cambuslang runners were also to the fore in the 3K race.  U15 athletes Brodie Aitken, a silver team medallist at the recent Scottish Cross Country Championships, and Sean Friel occupied the first 2 male positions.  However, the girls went one better by providing the first three female finishers thanks to the U13 pair of Niamh Riggins and Millie Nicholl and U15 athlete Holly Brock. 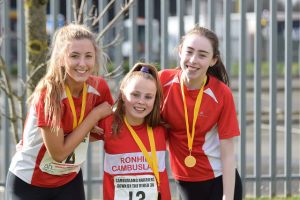 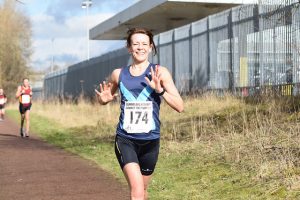 The club would like to thank the many members, parents and supporters who willingly gave up their time to ensure that the event could take place and to all the athletes who competed.