The Show Must Go On

Cambuslang Harriers defied the odds to put on their annual Down by the River 10K and 3K road races on Sunday 1st March.  Course director Owen Reid had been regularly monitoring the route which is run mainly on the Clyde Walkway in the weeks leading up to the event.  Although Scotland had experienced its highest February rainfall in 30 years the course was water free on the Saturday.  However, persistent heavy rain during the night had led to flooding on the furthest out section of the course.  While the flooding did not affect the 3K course the 10k route was quickly amended and remeasured so that the race could go ahead. 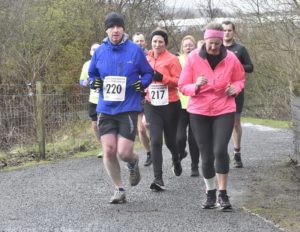 224 hardy athletes from the 302 entrants set off in the ah sponsored 10K.  Immediately from the start defending champion Fraser Stewart of the home club went out hard with his club mates Stuart Gibson, Gordon Robertson and Iain Reid along with Livingstonâ€™s under 20 Alastair Marshall and Irvineâ€™s David Millar and Keiran Cooper of St Andrews University in pursuit.  The ladies race was looking to be a two way affair between Catriona MacDonald of Bellahouston Road Runners and Shona McIntosh of HBT.  These positions remained mainly unchanged as the race unfolded. 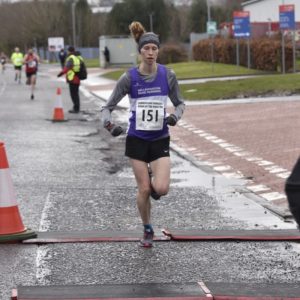 In the end Fraser crossed the line in a time of 31.36 to retain the Jimmy Sands Memorial Shield with Stuart second in 32.11 after his 15.33 clocking the previous day at the Allan Scally Memorial Relay.  Gordon won the battle for the  Jim Fitzpatrick Masters Memorial Shield from Iain.  Catriona who had finished 12th in the Scottish Ladies Cross country Championships continued her good form to lift the Jimmy Sands Memorial Shield for the first female finisher in a time of 38.32, 19 seconds ahead of Shona.  Unattached runner Fionnuala Quinn took 3rd spot. 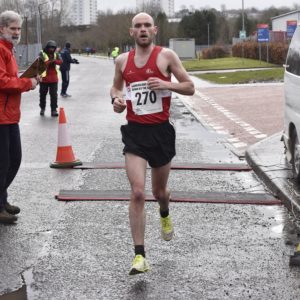 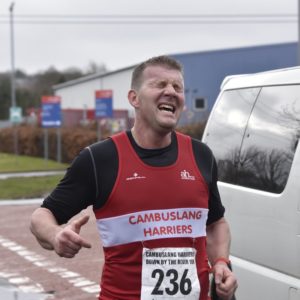 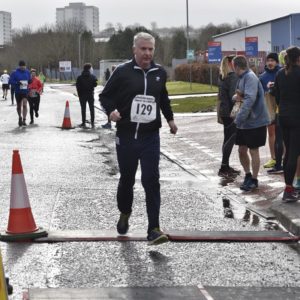 The 3K race sponsored by City Building Engineering Services is targeted as a development race for under 17 athletes.  The home club filled the first 3 male and female podium positions.  Zack Haggarty overtook Lewis Roddis in the closing stages with Sean Friel in 3rd place with under 13 Sam McCarthy not too far behind.  Hayley Clarke was a convincing first finisher ahead of Lucy McGrandle and Olivia McNicol. 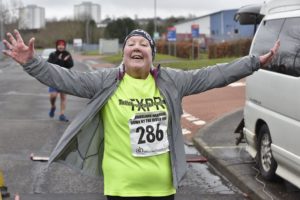 Club President Des Dickson offered a vote of thanks at the presentation to our sponsors – ah, the Fitzpatrick Family, club member Barnie Gough, Tunnocks and City Building Engineering Services.   He also thanked all club volunteers, too numerous to mention, who helped with the race preparation and on the day as without their support the race could not have gone ahead. 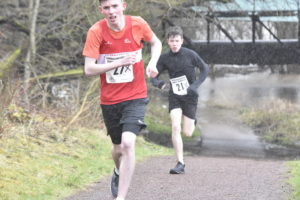