On Saturday Ronhill Cambuslang Harriers hosted cross country races for local and surrounding primary and secondary pupils.  The event which was part of the club’s community lottery funded project to promote health and fitness among younger people attracted 108 participants across the various school age groups.  On crossing the finishing line all pupils received a medal for their efforts
In the opening run for P6/7 girls Charlie Frew from Hunter Primary in East Kilbride was the winner ahead of Rhiannon Morris from Hillside and Eilidh Kennedy from James Aiton.  In the corresponding run for boys Josh Keegan, Hallside, was the first to cross the line with Robbie Woods, Bankhead, second and Callum Young, St Brides, third.

In the S1/2 girls event Fernhill’s Holly McIndoe  led home Christie Dalgleish and Niamh Riggins both from Trinity High.  Trinity High had the first finisher in the boys event thanks to Sean Friel with the Stonelaw High duo of Max Monteith and Michael Black filling the second and third spots.
In the older S3 – 6 age group Fernhill had a clean sweep with Shiobhan McBride, Sophie Lowe and Hannah McFadyen taking the top three places.  However, in the boys event honours were shared between Trinity High, Strathaven Academy and Cathkin thanks to Tracey Lewis, James Cathie and Euan Kennedy. 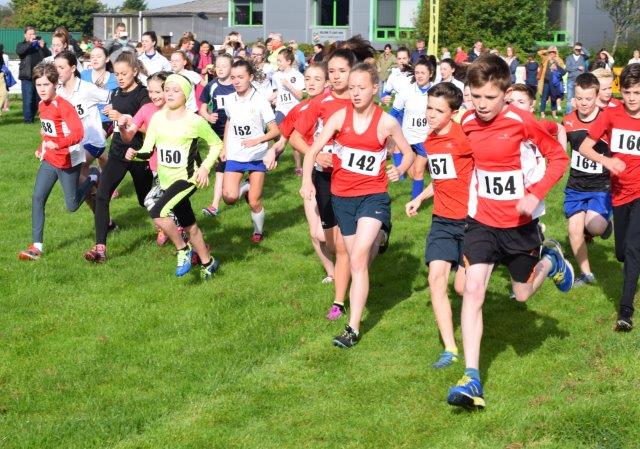 The club is indebted to the National Lottery for helping to fund this event and would also like to thank all participants involved and their parents and teachers.  Also many thanks  to the members of Ronhill Cambuslang who organised the run.
The club welcomes new members from the age of 10 plus who are able to run at least one mile without stopping.  Training takes place on Tuesdays and Thursdays at 7.00 pm from the Cambuslang Rugby and Sports Club on Langlea Road.